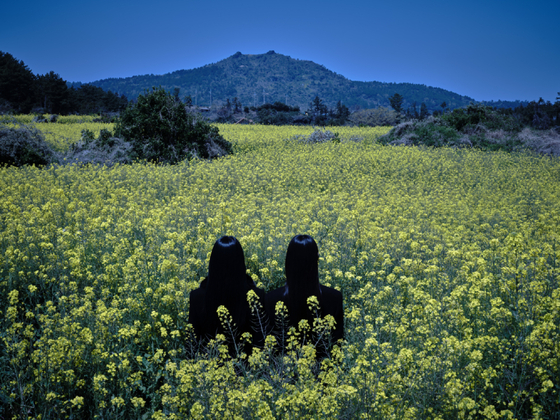 Photography by Lee Dae-sung, a Korean photographer, will be displayed at Saint Laurent’s SELF 07 project at the Palgak Square on Mount Namsan in Seoul from June 9 to 12. [SAINT LAURENT]


Global fashion houses like Saint Laurent and Louis Vuitton are hosting art exhibitions to solidify their brand identity, which is crucial for some young consumers.

Louis Vuitton will be exhibiting its Objets Nomade furniture collection, while Saint Laurent will be displaying photographs in collaboration with international photographers showing the brand’s core value. Theory will hold an exhibition displaying films and photos produced by Korean artists.

France’s Saint Laurent will be hosting an exhibition called Self Project – SELF 07 at the Palgak Square on Mount Namsan in Seoul from June 9 to 12.

The SELF project is a series of artworks centered on the theme of self-expression and depicts Saint Laurent’s unique value through the eyes of artists, photographers and filmmakers that were chosen by brand creative director Anthony Vaccarello, according to the company.

The exhibition in Seoul will be the seventh SELF project after its first in Paris in 2018, and the first ever to be hosted in Seoul.

This year, the brand worked with six photographers from Magnum Photos including photographers based in cities such as Seoul, Tokyo and London.

Lee Dae-sung, a Korean photographer, will be participating in the project and showcasing his photography.

Lee has won the Sony World Photography Awards, one of the leading competitions in photography, two times and participated in the Festival of Light, an international photography festival based in Argentina.

This year, the project will be held in Seoul, Paris, London, New York, Tokyo and Shanghai simultaneously.

Louis Vuitton is presenting Objets Nomades, a travel-inspired furniture collection, in an exhibition held at the SongEun Art and Cultural Foundation in Gangnam, southern Seoul through June 19. 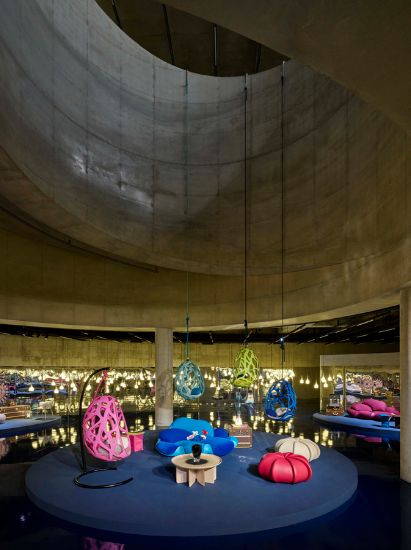 Louis Vuitton’s travel-inspired furniture collection Objets Nomades will be exhibited at the SongEun Art and Cultural Foundation in Gangnam, southern Seoul from June 7 to 9. [LOUIS VUITTON]


The collection is centered on furniture and objects that could be taken around during travel.

The collection also conveys the brand’s origin as Louis Vuitton started off as a luggage maker.

The Objets Nomades collection, created by some of the world’s most renowned designers, was first unveiled at the Design Miami 2012. For the past decade, over 60 pieces have been added to the collection.

However, only a few pieces of the collection have been displayed at the Louis Vuitton Maison Seoul, a store located in Cheongdam-dong of Gangnam District, southern Seoul, and this is the very first time that the brand will be holding a grand exhibition of the collection.

New art pieces that were launched at Design Miami 2021, including Petal Chair by Marcel Wanders studio and the Merengue pouffe by Campana Brothers, can be found at the event. 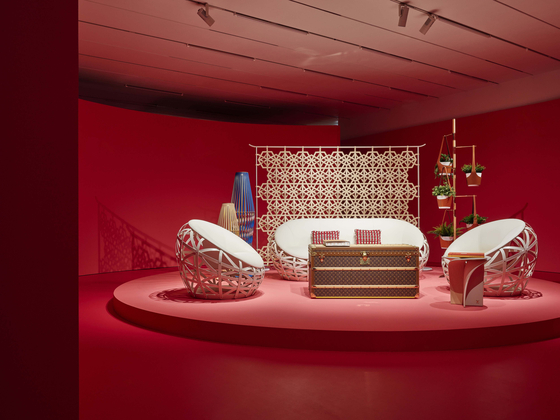 Petal Chair and armchair created by Marcel Wanders and Gabriele Chiave will be found at the Louis Vuitton’s exhibition of the Objets Nomades collection. [LOUIS VUITTON]


Theory, a New York-based contemporary fashion label distributed by Samsung C&T in Korea, will also hold an exhibition with artists in the film and photography industries.

The brand has been promoting its Be Heard project every year since 2019.

This time, the theme of the project is “my purpose,” which is in line with the brand’s philosophy, style begins with purpose.

The exhibition, which will be held at the brand’s flagship store in Hannam-dong, central Seoul until June 30, will display films and photos of Korean film director Iwa and film photographer Choi Rala. 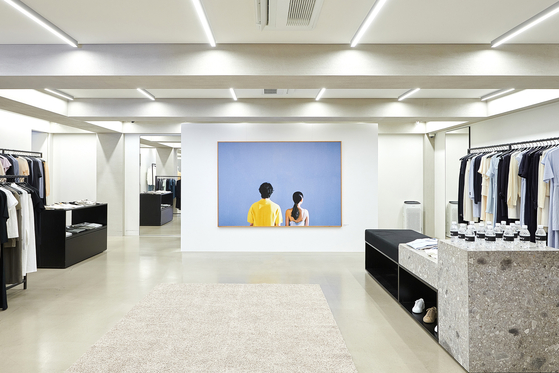 Theory will hold an exhibition in collaboration with artists in film and photography at its flagship store in Hannam-dong, central Seoul. [SAMSUNG C&T]

“Fashion brands are trying to explicitly show the brand’s identity through art and culture instead of their products and services,” said Oh Su-min, chief researcher at Samsung Fashion Institute.

“It is a strategic approach to expand the range of potential customers by providing various content as consumers these days prioritize experience more than anything.”